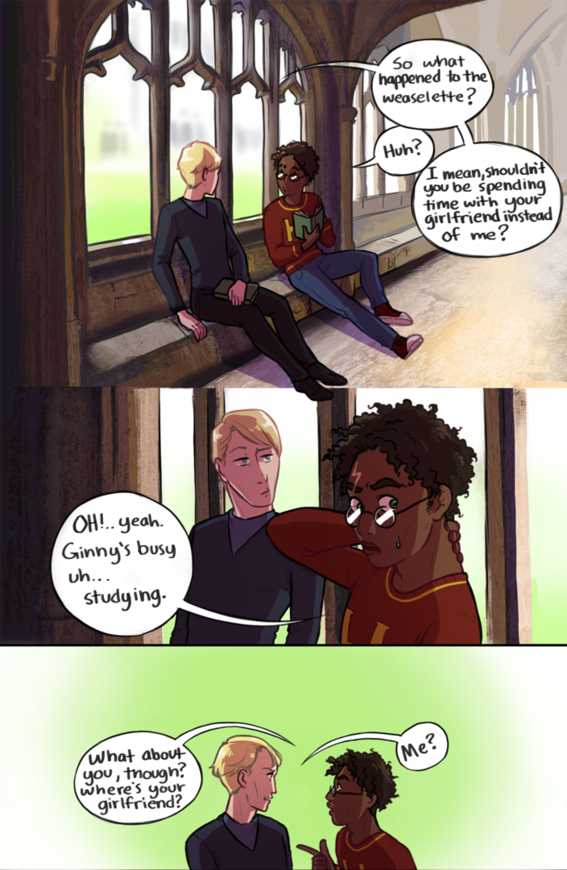 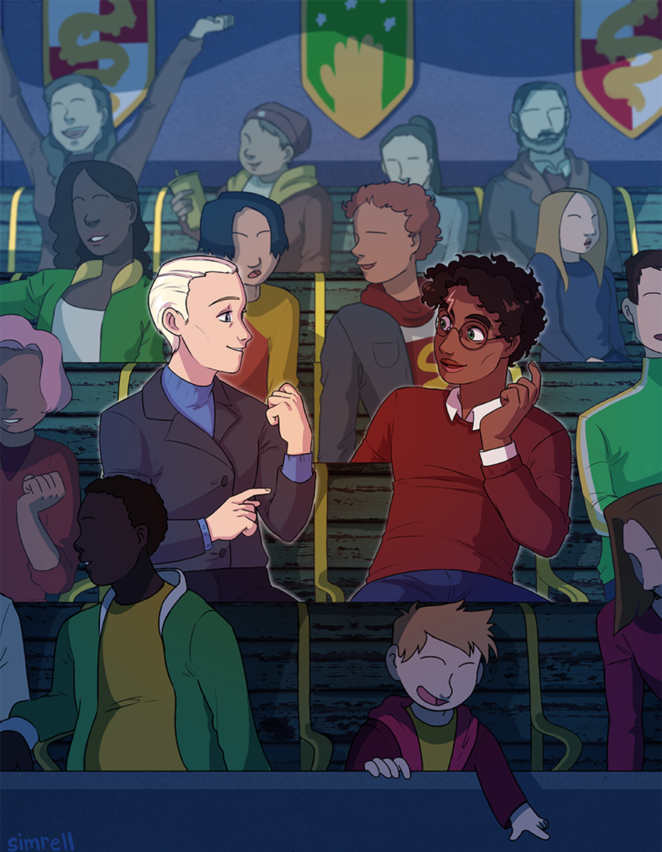 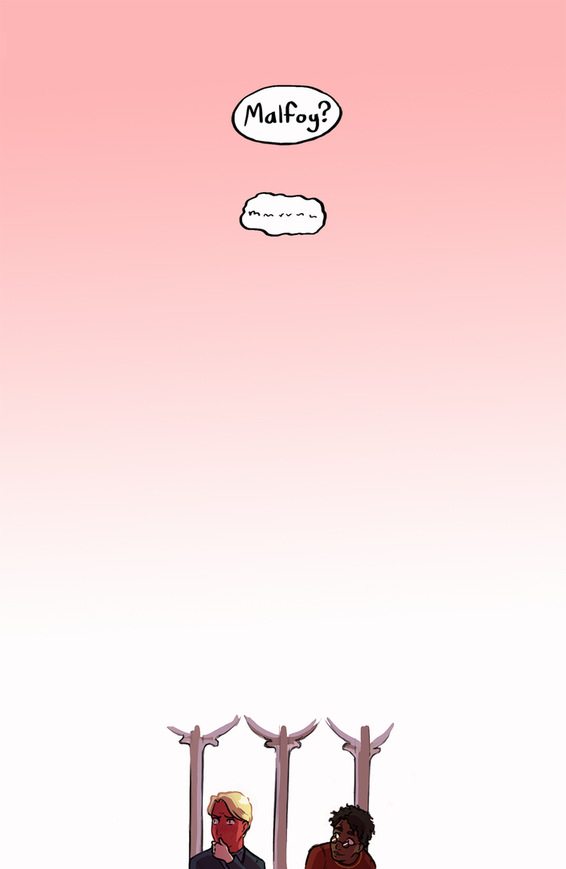 Additional Harry Potter fanart unrelated to the comic below. 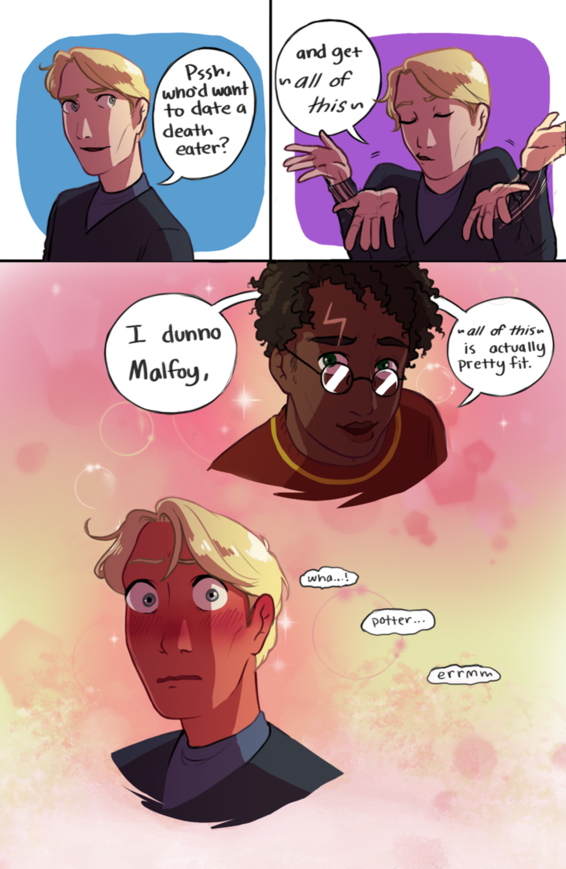 A while ago, I drew some fanart (pictured left) that featured a POC Harry Potter, clutching his chest in alarm while he pictured three of his handsome friends. This fanart was inspired by the idea that Harry, in canon, frequently describes the men around him in more-than-friendly terms.

Very quickly, this little fanart exploded with popularity on my art blog. I started drawing more comics about Harry Potter exploring his sexuality after defeating big bad Voldemort and going back to Hogwarts with his pals.

People kept wanting more and more of non-white, non-straight Harry Potter and his antics. The increase in demand lead to me kickstarting my own self-published comics called Harry "Gay Panic" Potter. My kickstarted raised nearly 300% of it's goal in 30 days and was successfully funded. This project completed in Feb 2017 and all 100 copies have been shipped out to the kickstarter backers! An additional 300 copies have been sold digitally. 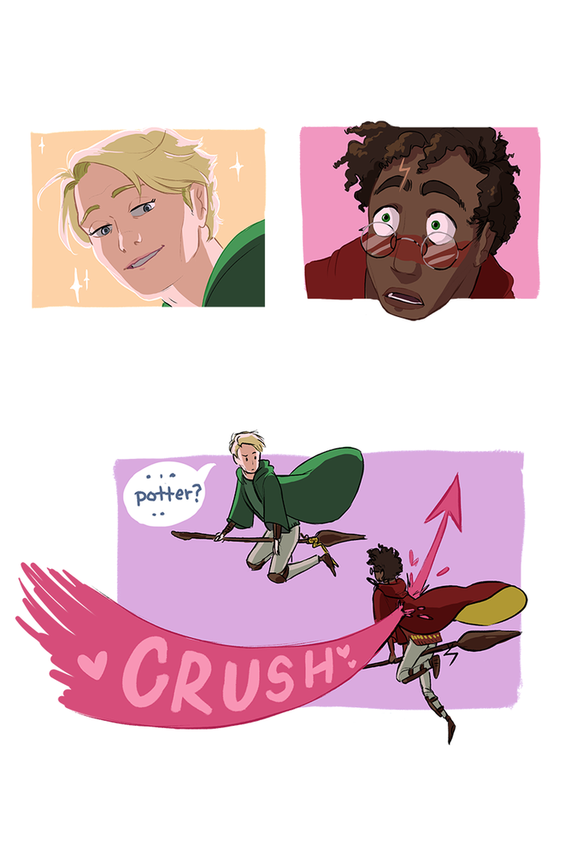 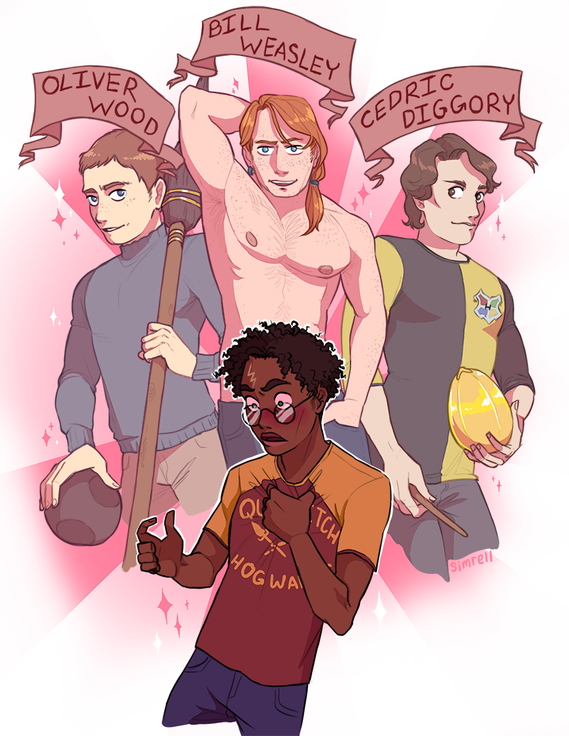 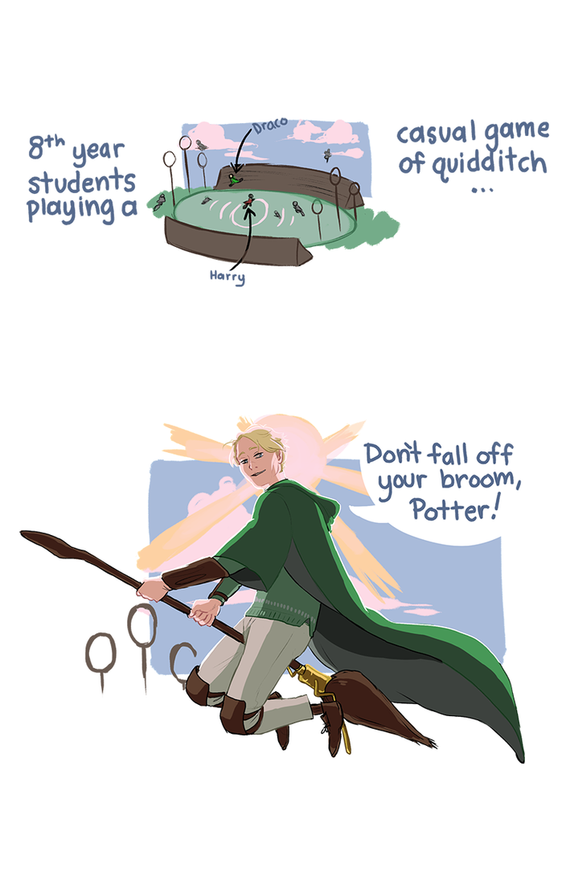